8 Best Laptops
How To Remove Black Spots From Chromebook Screen

Well, I have been using laptops for more than ten years. And I have faced different sorts of problems with it. But there are some issues, we consistently face like unusual sounds from the fan or problems with the screen.

I have already talked about issues related to the cooling system. Today, let’s discuss problems with the screens especially the black spots on laptop screens.

Below, I have mentioned the problems regarding the Chromebook screens, but it isn’t fixed with the Chromebooks only. If you see the same problem with your HP laptop, Lenovo laptop, etc, you can try out the solutions on them too.

Before going towards the solutions. Let’s talk about, different kinds of spots on laptop screens.

Different sorts of spots on the laptop screen:

There are different kinds of issues, some are shown below. You might get black spots on the screens of the laptop randomly. Sometimes, the color of these spots isn’t specifically black. They could also be green, red, or orange, depending on different reasons.

Moreover, on some screens, you might also get a sharp line on the screen. The color of this line may also vary. The reason behind this could be many things too.

Moreover, there are some screens, that have a thick colored lines on the screen, which makes it difficult to see things on the screen clearly. The reason for this line is pretty obvious. Well, such lines mean that the screen was damaged due to physical damage, or due to electrical imbalance.

So, in this case, you just need to change the whole screen.

Lastly, there are some screens, that seem yellowish orange, like the night mode is turned on. But that color isn’t due to the night mode. Such unusual color may reflect critical issues with the whole motherboard of the computer or laptop.

Once, I got a laptop with this yellowish-orange color. When I took the laptop to the repair shop. They said that the laptop was exposed to water, and the whole motherboard is rusted.

Therefore, the color of the screen is changed. And as the laptop was not dried on time. So, there is no solution to this except for destroying it.

So, when you buy a used laptop, always consider the color of the screen.

So, we talked about different screen issues, and also discussed some reasons for some issues. But the black spots on the screen could have different reasons. Let’s discuss the reasons here.

Dirt behind the screens:

Old laptops usually are not so advanced and dirt-proof. So, when we used them a lot. Or use them in an environment, where the intensity of dust in the air is high. So, the dirt gets into the laptop from the holes.

And along with other places, the screen also becomes dirty and seems like spots.

Well, high temperature has never been a good thing for electronics. But when we play video games on laptops or use them intensely for hours. So, the cooling system doesn’t control the heat in the system.

This causes many components of the computer to burn or melt. And consequently, the result of the fault is shown on the screen as black spots.

Moreover, sometimes, the screens also get hot and change their color, and the change appears as black spots.

We all know that screens are made with pixels. the smaller the pixels are the clearer the views will be. Sometimes due to physical damage or any other reason, the pixels of the screen die or could say, they burn.

And that area of the screen turns black forever. And hence we get black spots on the laptop screen.

Change in the ecosystem:

We know that some regions on earth are dry and some was moist. And this critically affects the manufacturing of electronics. For example, electronics, made in Indonesia are different from Afghanistan. because Indonesia is a comparatively moist region.

Therefore, the components used in laptops manufactured there are moisture-resistant.

Whereas in Afghanistan, those laptops don’t need immunity against moisture. Because of the climate of the region.

So, if you use a laptop from Afghanistan in Indonesia, you might face problems and your laptop. So, this could also be a reason, why your Chromebook has black spots on the screen.

there is no guarantee that the brand-new laptops are perfect. Yearly almost 1.5% of electronics, in the United States are manufactured defectively. Therefore, we get insurance and a warranty period for our electronics.

So, if you bought a new Chromebook, and see black spots on it. It is simply a defective piece. You can contact the dealer and can change or return the laptop, without any problem.

How to get rid of black spots on Chromebook screen:

Well, depending on the causes, of the black spots. Let’s discuss some solutions, and how we can remove black spots on the Chromebook screen.

First of all, the reason for the black spots is the dust particles entered into the laptop. I suggest, opening the laptop and cleaning all the dust initially. Moreover, while checking, you should also be able to see, where most of the dust inter the laptop.

Try to fix those spots, or you can also fix this issue by consistently cleaning your system often.

This way dirt doesn’t get into the close area easily. Moreover, also try not to use laptops in open areas a lot.

Usually, the laptops control the overheating issue most of the time. But we don’t focus on small things, which suddenly, create problems for us. For example, I used to use the laptop on my bed.

While using the bed, the bottom of the laptop used to get totally blocked by the bed. It is the cooling system used to find it hard to transfer heat outside.

Which as a result increases the temperature of the system.

So, my recommendation is not to use laptops on beds, and sofas a lot especially those, laptops that have air blowing area at the bottom of the laptop.

Moreover, while gaming too, try to give yourself some minutes of rest of the system, so that it gets time to cool down the system.

Well, honestly, it’s hard to fix the dead pixel issue. Because, those pixels are burned forever, and it’s pretty hard to recover them.

the best thing you could do is you can be careful with your Chromebook and if the black spots increase with time. It’s just better to replace that.

The solution to the change in moisture:

The issue with moisture is usually in developing countries. Because most people there use refurbished laptops imported from abroad.

So, the best thing you could do is to check where the laptop comes, from and also pre-check the laptop for additional issues prior to buying.

This way, you will avoid unnecessary fraud.

The screen of my laptop turns black suddenly. Why?

Well, the reason could be the battery. When the battery of laptops gets used a lot. So, they face frequent power loss. and therefore suddenly, the screen gets blank. If this is not the reason. Then it might show some severe issues. It’s better to take it to a repair shop.

Well, this could also be due to some severe issues due to the motherboard. If the laptop is not hot, and you face this kind of problem. Then it’s better to visit a preparation shop.

I get a large black spot on the screen, why?

Well, the large black spots are usually sign of dead pixels. Someone might have broken the laptop, due to which the black spots are appearing on the screen. In this case, I prefer to change the whole screen. 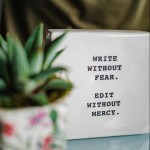